A residency conceived as a means of “sharing the working process of an artist with the public”, the Department of Cultural Affairs’s Pedway Open Studio program was typically granted for a single month; the informal collaborative Paola had formed with her students was granted an additional four. They used the time to take on a significantly more complex structure: an exit turnstile from a nearby underground transit station. 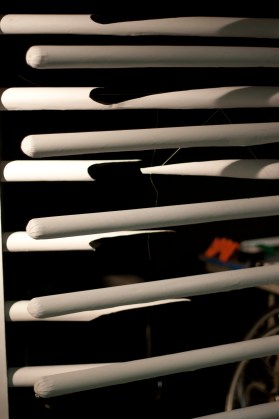 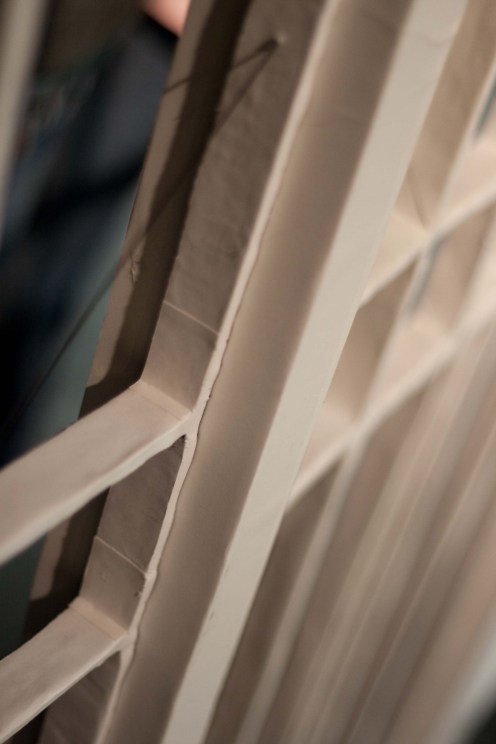 Once again, they modeled their subject in Rhino and cut away the portions of the structure that were in shadow. The turnstile proved too complex to stand or suspend using paper alone. For The Location of Things II, (ƒ)utility projects used polystyrene insulation foam carved on a CNC router as a substrate for the paper, making the thinnest pieces they could that would still retain the form they required. Once carved, the pink foam was painted black and laminated with photo backdrop paper.

Back to Part I 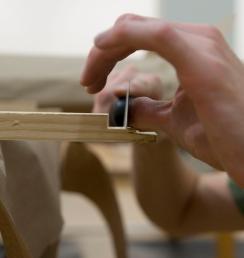 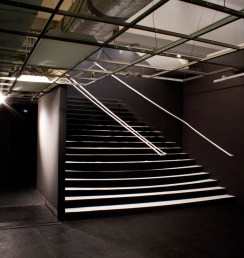 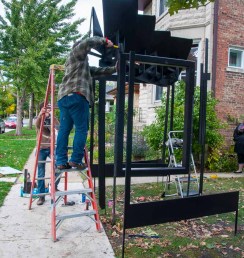 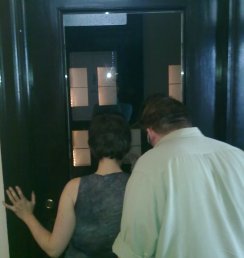