The signifier of myth presents itself in an ambiguous way: it is at the same time meaning and form, full on one side and empty on the other. As meaning, the signifier already postulates a reading, I grasp it through my eyes, it has a sensory reality… there is a richness in it. When it becomes form, the meaning leaves its contingency behind; it empties itself… only the letter remains. 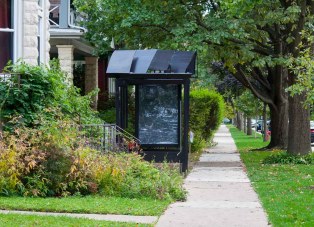 View from the vantage point at Terrain 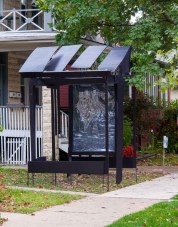 View at the lot 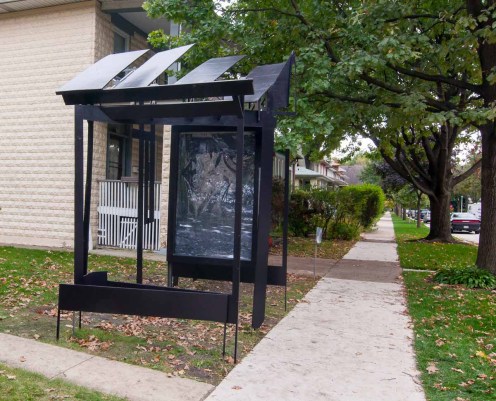 The structure revealed more about real and illusory portions as you walked around.

In considering the Terrain South site, (ƒ)utility projects responded most to it’s “in between” quality: not quite park or play-lot, not (yet) house. When you’ve arrived at Terrain South, what is your destination? We decided to superimpose another interstitial space onto the site- an Oak Park bus shelter, similarly site and non-site; the place you find yourself while on your way to another destination.

A perspectival illusion presents an opportunity to reexamine how we see things; it reveals the day-to-day shorthand our brains use to communicate things to us, to avoid flooding our receptors with all of the available information. Looking towards Terrain South from in front of Terrain Exhibitions/Sabina Ott’s house, the viewer sees a bus shelter. As the structure is approached, however, it reveals itself to be an illusion, only cohesive from a distance.

An anagram for “Terrain Bus Shelter”, the title of this piece embodies the sensory reordering that occurs when expectation and reality collide, referencing that temporary disorientation. “Reestablish Return” refers to the process a viewer might need to undertake, once the incongruous reality of the structure at Terrain South is apprehended. 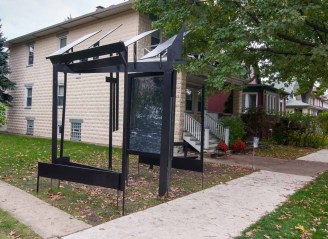 Eventually you could see the perspective breaking down.

By the time you reach the piece you realize the displacement of the piece’s elements. 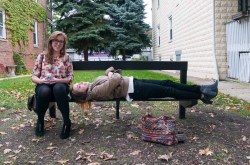 The bench was still usable. 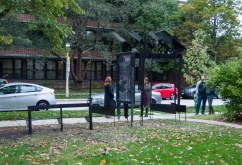 View from the yard facing the street. 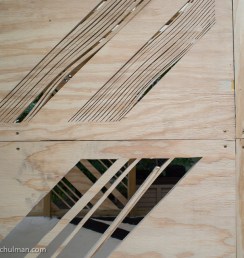 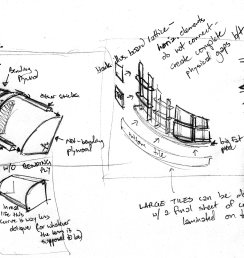 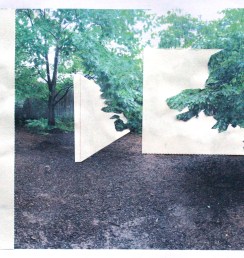 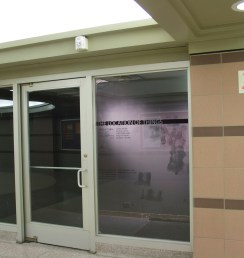 Location of Things: Graphics and Digital